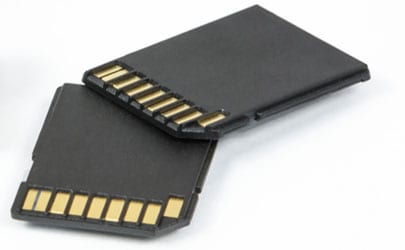 If like me you make a lot of changes on your Raspberry Pi, it might be a good idea to create backups
And what’s even better is to make sure backups are recoverable 🙂

Yes but then how to backup a Raspberry Pi and recover it?
There are several methods you can use to back up your Raspberry Pi:

We will now see in detail how to do each one

Backup only the important files

The first method you can use if you have a simple installation is to backup only the needed files
For example, if you use your Raspberry Pi for a security camera, once you back up the configuration file, it’s ok, you don’t need more
So we’ll see step by step :

Before starting to create the script, you have to identify the files you need to save
In my script I’ll use a file and a folder that you can adapt to your needs:

Use nano to create the script

And finally, the first script could look like this

As you can see it’s a basic script, that will overwrite the old backup each time
So now we’ll improve this script on several points

The first good practice we’ll use to improve the scripts is to add variables
For example, you have 200 files to backups to /home/pi/backups and tomorrow you want to save them in /media/nas/pi/
You’ll have to edit 200 lines in your script to change the destination folder
A better way to do this is to create a variable at the beginning with the destination folder path and use it for each line
I’ll also do the same for the “cp” command, so if you want to change it to use rsync or another command, you’ll have only one line to edit

Most of the time, we use compression for backup or at least archive files
I’ll use tar to archive all files in one and gzip to compress this file

Here is the new script:

As you can see in the last script, we delete the previous backup each time
It’s not a good thing to do. If there is an issue with the backup, you’ll not be able to get an older version

The good practice is to name the file with the current date time, like this:

Each time the script run, it will now create a new file and keep all the previous versions

Once we have created our script, following the previous steps, most of the work is done

It remains only to program our script so that it starts every day for example
For that, we will use the crontab

If you backup files with privilege access needed, don’t forget to schedule the script in the root crontab (sudo crontab -e)

If you are not comfortable with this, do not hesitate to read my tutorial on scheduling tasks on Raspberry Pi

As you can see, each day a new file will be created and we never delete it
What you do to free space is to delete files older than eight days (or more if needed)

To do this, you can add this command at the end of the script:

By doing this, you’ll have at anytime only eight backup files of history in your destination folder
Feel free to change the number of files you want to keep

Send backup over the network

We now have a backup with some days of history on the SD card, but it’s not enough
If tomorrow you SD card doesn’t work anymore, it will not help to have backup files on it
We need to put the files safe on another computer to avoid this kind of problems

To a Linux computer or a NAS

If you have another computer on Linux (or a NAS), you can transfer backup files on it to keep them safe
This method will work for MacOS too

The first way to do this is manually
If your files never change or if they are not so critical, you can do this once a week or a month to be safe

To transfer the files from the Raspberry Pi to the Linux computer, we’ll use rsync
So you need to install it on both machines:

Then create a backup folder on your computer

Then you have two ways to transfer files:

As when saving on the Raspberry Pi, it’s always a good idea to automate this kind of task
The problem you might have seen is that a password is required when the transfer starts
To avoid this, you must first make an exchange of SSH keys between the two machines

For this step, I’ll assume it’s your computer that triggers the transfer
If you prefer to transfer in the other direction, you have to do the opposite (generate the keys on the raspberry and allow them on the pc)

So now you should be able to put the rsync command in a script that will not ask for a password
The script should look like this:

If your computer is on Windows, you can also send your backup to it, manually or automatically

To manually transfer files from the Raspberry Pi to your Windows computer, the easiest way is to install WinSCP on Windows
It’s a free software to transfer files with SSH

There is no way to schedule a transfer with WinSCP. And it’s not easy to install SSH on Windows.
So we have to find another method
What I suggest you is to share a folder on Windows and access it from the Raspberry Pi

Now we need to connect the Raspberry Pi to the share
To do this permanently, follow these steps:

Your shared folder is now accessible in /media/share and if you create a file in this folder, the file will be available on your Windows computer

Now that the share is available, you can create and schedule a script to copy backup files to this folder each day for example:

On Linux, you can use the default archive software from your distribution
For example, on Ubuntu, double-click on the backup file to open it and see files in it
And then click “Extract”

Once you get the needed files, send them back to the Raspberry Pi with rsync as seen above

On Windows, I’m not sure that the default tool can open a .tar.gz file, but you can try
If not you have to install a software like 7zip or WinRAR

With this method, it’s easy to check that your backup is well done each day as expected

You could create a script to check that you have recent files in your backups folder
Something like this:

If you have MySQL databases on your Raspberry Pi, the procedure is a bit different

Export database with this command line:

You can follow the same steps as seen previously to:

If you have more than one database to back up, put as many lines as needed in your script and change the database name and the file name on each line

Once the .sql file back on the Raspberry Pi, you can use this command to import data to a fresh database:

The database must be empty to start the import
So depending on the situation, you must follow one of these two methods:

As with file backup, consider testing this procedure at least once

Create an image of the SD card

So we saw in the previous paragraphs how to save some files on a Raspberry Pi
Now, how to do if you have a complex installation that you want to fully back up?

On Linux, you can use the dd command to create an image of a device

After a few minutes, you’ll get the full backup image from your Raspberry Pi

This command should also work on MacOS, replace 4M by 4m in the last command

On Windows, the best software to do this is Win32 Disk Imager

If you have an empty SD card, feel free to try this procedure to be sure it’s working in your case

This last way is the same idea as the previous one, but for a critical installation
If you can’t stop your Raspberry Pi to make the full backup into an image, you have to follow this procedure

I will introduce you two ways to do a full backup of your Raspberry Pi in operation (from a desktop tool or with command lines)
In both cases, you’ll need to plug a second SD card in the Raspberry Pi to copy the running SD card to another

If you don’t have one already, I recommend buying a cheap USB adapter on Amazon like this one
Prefer an adapter with a short cable (long cable is not needed, and USB key format may obstruct access to other plugs)

If your Raspberry Pi is running the Desktop version, there is a tool called PiClone you can use for this
The name in the main menu is “SD Card Copier”
You can find it in the Accessories submenu

The use of this software is simple 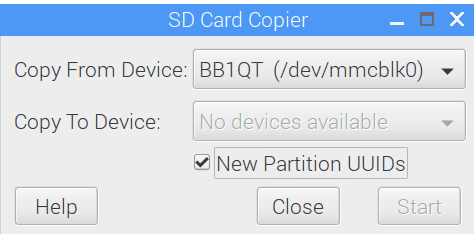 If you are running with the Raspbian Lite version or if you want to create a script, there is a shell script available to do this

You should see the current SD card: sda or mmcblk0 most of the time
And below the backup SD card: sdb or mmcblk1 generally

That’s it.
You know how to make backups of your Raspberry Pi in several ways

Try to schedule them or if it’s not possible, try to do them regularly
Also, try to check them from time to time 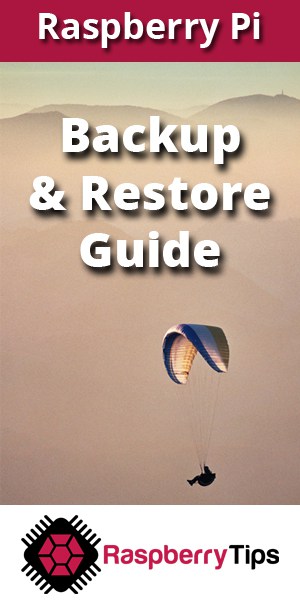