You have a Raspberry Pi with Retropie or another system and are looking for good N64 games to play? You are at the right place!
In this post, I’ll share with you my favorites Nintendo 64 games of all time.

The games listed below are not ranked by preference, this is just a list of games that I played a lot on Nintendo 64 when I was young, and that work well on Retropie. So that you can have some ideas for games to try on your end 🙂

I’ll put the links to download the ROMs only when they are available on RomHustler, as I won’t recommend other sources. By the way, if you don’t want to lose time by looking for ROMs on Internet, you can order that kind of SD card with thousands of games already on it (Amazon), ready to use.

Also, if you need help to download games on Raspberry Pi or to install ROMs on Retropie, you can follow these two links to read my tutorial on the topic. 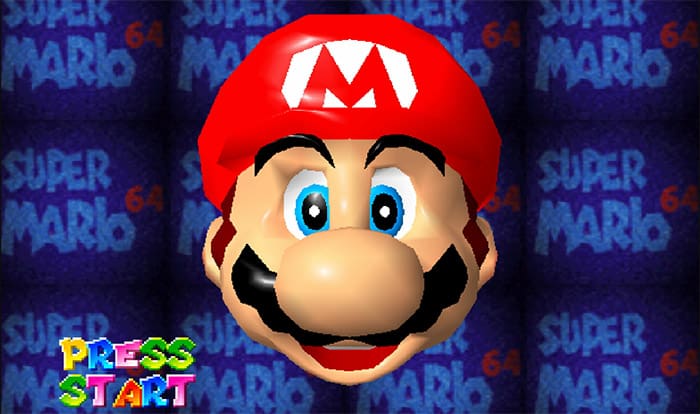 Let’s start directly with the obvious one here: Super Mario 64.
I think it was almost the default game on Nintendo 64, or at least the demonstration game from Nintendo, to introduce its new camera control.

It was great back then (it got around 95% score on average by gaming reviews), and frankly, even many years after, it’s not the ugliest in this list.
It works pretty well on Retropie, but as for almost any game on N64, I recommend a compatible controller with two sticks, or at even a Nintendo 64 controller replica (check this one on Amazon for example). 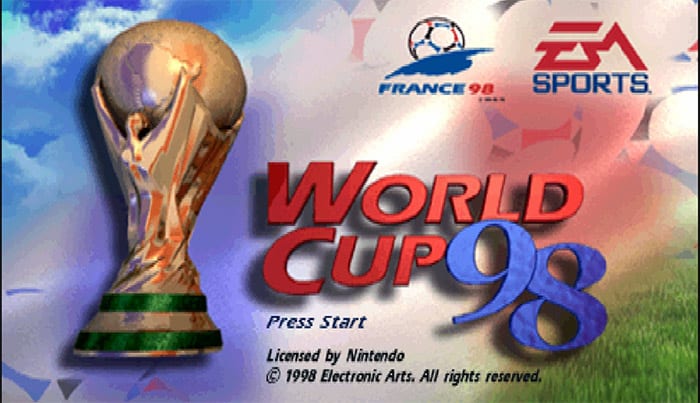 This one is maybe a surprise for you because I’m not sure if it was really a success over the world. But in 1998, the world cup was in France, and as you might know I’m French. So we were really excited by the event, and we played a lot with my brother, before, during and after the competition.
It was a lot of fun.

Now, it may be difficult to play for hours to this game because FIFA games have improved so much over the years, but all the basics are here, and it’s working, so why not?
If you are interested, you can find it here on RomHustler. 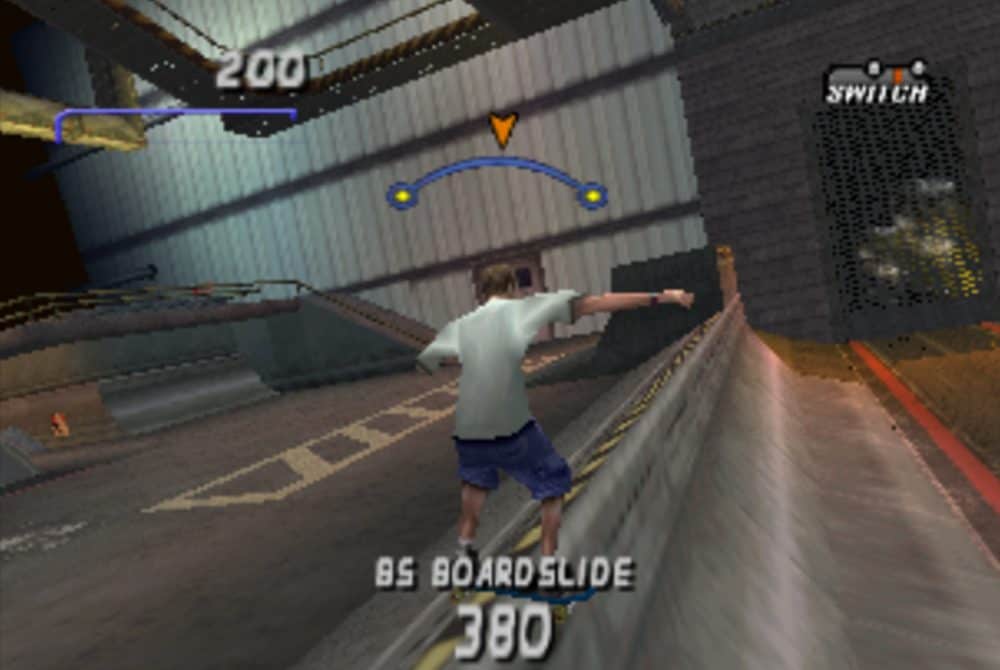 Tony Hawk is (was?) a legend in the skating world. One of the biggest superstars in sports in the 90S, and he even has a game with his name 🙂

Even if I’m not a skater myself, this game is original, and I like the idea to start as a noob and progress step-by-step along the way (like on Raspberry Pi right?).
So I played several careers, and the multiplayer mode was fun too (you could bring down the opponents ^^).

I didn’t play so much on Nintendo 64 I think, probably more on PlayStation 2, but it’s available for N64 and work fine, so it’s ok (you can find it here). 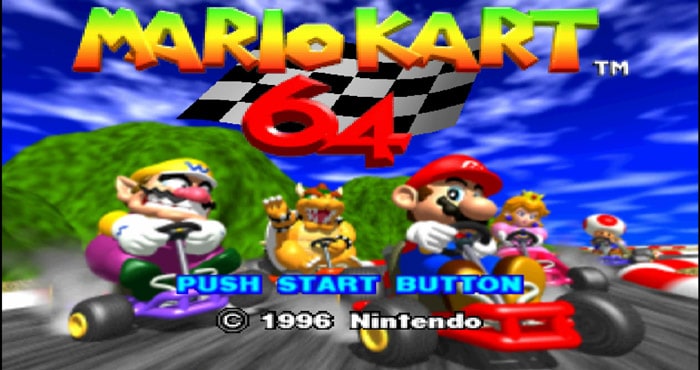 Let’s get back to more popular games now, with Mario Kart 64.
It was another big success for Nintendo, a few months after the Super Mario. Maybe less innovative, but definitely a good game to play, especially in multiplayer mode.
You can play with 3 friends if I remember well (split screen) and all the IA always in the race (8 players total).

On Retropie it’s excellent, I just try it to make a quick check to see if everything works correctly, and I played an entire cup 🙂
Recent versions have better design, but the concept is the same, and if you had a Nintendo 64 before, you’ll love it.

Legend of Zelda – Ocarina of Time 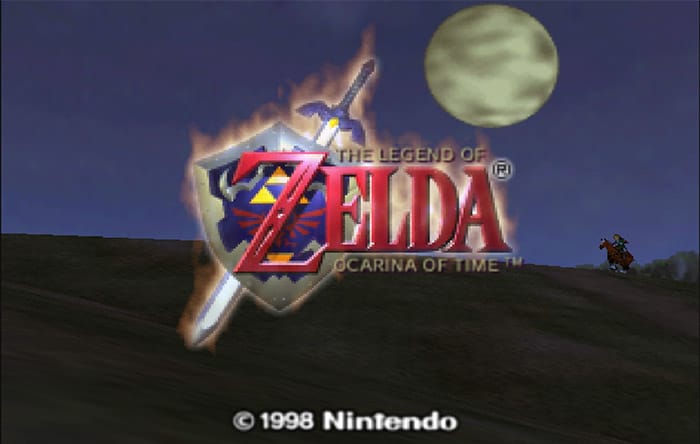 Another success from Nintendo here, that probably everyone knows: Zelda – Ocarina of time.
One of the best game ever, with even higher score than Super Mario (99% on average on Metacritic!).

I didn’t play so much to this one, but I can’t do a “best 64 games” list without including it. I know my brother spent a lot of time on it, it was very addictive (as for Mario), but not for me. 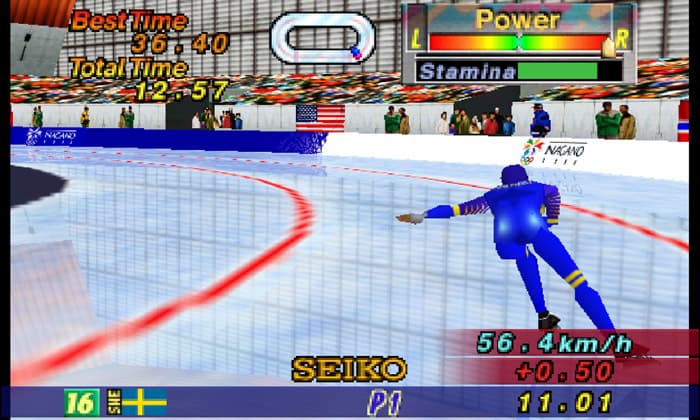 1998 was also an Olympic year, with Nagano (Japan) in the winter and Seoul (South Korea) in the summer.
This game is awesome, it was probably a revolution at the time (at least for me). You can play almost several games in once, as many of the Olympic sports are available (yes, even curling).

I remember playing sports I don’t even watch on TV, but that were really fun to play in the game. In the press, it was an average score, but I understand that as some games were definitely more enjoyable than other.
The best way to get your opinion about this? Try it! Download is available here.

Donkey Kong is a mythic game, like Mario it already existed on other platforms before the Nintendo 64. It’s an adventure game, with many other things in common with the Italian plumber.

Probably one of the best games on the platform, you can’t avoid it if you are playing on Retropie.
The game is a bit laggy from time to time, but with a few adjustments, you can definitely make it work fine on Raspberry Pi. 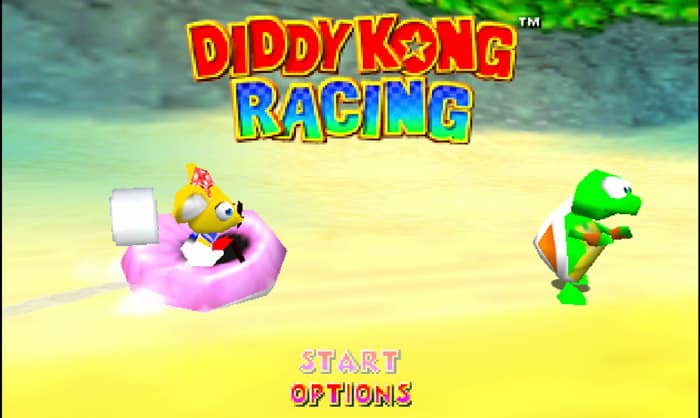 In the Kong family, I call Diddy 🙂
If Donkey Kong has common points with Mario, Diddy Kong Racing is almost the same thing as Mario Kart 64.

But the result is excellent, even a bit better than Mario Kart for some reviewers at that time.
Graphics are in full 3D, maps are more interesting and other strengths from Mario Kart are here too.
What’s your opinion about this? Try them and let me know 🙂 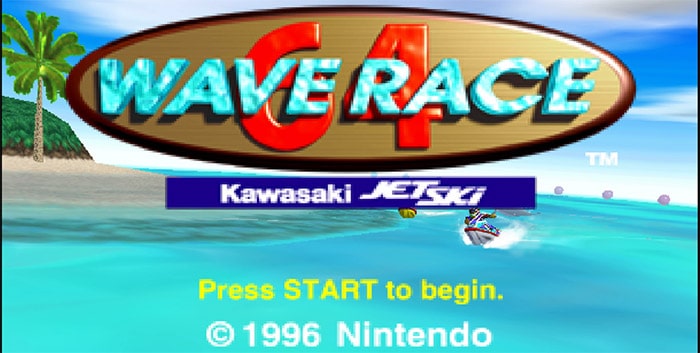 That was definitely a game that I played a lot, but I don’t know why ^^
I’m not especially interested in jet ski, the concept is close to another racing game, maybe the ambiance was different, so it feels kind of new.

You can play Wave Race 64 in solo or multiplayer, racing against your opponents in several modes (championship, time trial, stunt).
It was also one of the first games available on N64 (maybe that’s play I played it), so the graphics are a bit old, but not so bad.
Download link here by the way. 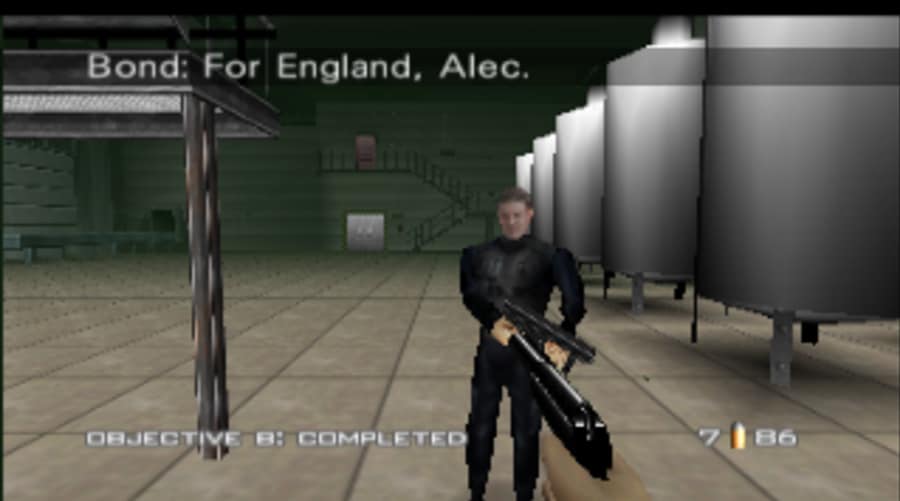 GoldenEye 007 is on the podium of the bestsellers game on Nintendo 64 (with Super Mario and Mario Kart), so you may already know this one.
Released one year after the console, it’s a game where you play James Bond and can use infiltration to complete your goals (not mandatory, but often the easier way).

On Retropie it looks great, but I didn’t manage to make my camera stick works, so it was unplayable for me. I have to move and control the camera using only the left part of my controller (8bitdo SF30).
That’s why I’m putting it so far in this list. But if you have the one I recommended previously (Amazon), you can configure it like with the original controller and it should be ok.

You can download it here if you want to give a try. 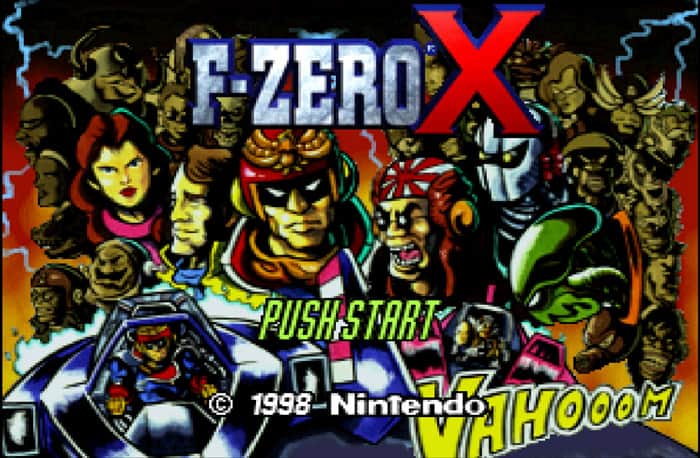 F-Zero X is a futurist racing game, also released by Nintendo, so probably inspired from some Mario Kart components, but with a very different result.
The gameplay is much faster, with better circuits, but I was less interested in this one.

However, it’s an excellent game anyway, and you might find it interesting if you like racing games but Mario and Diddy are not your thing (or if you are bored with them). 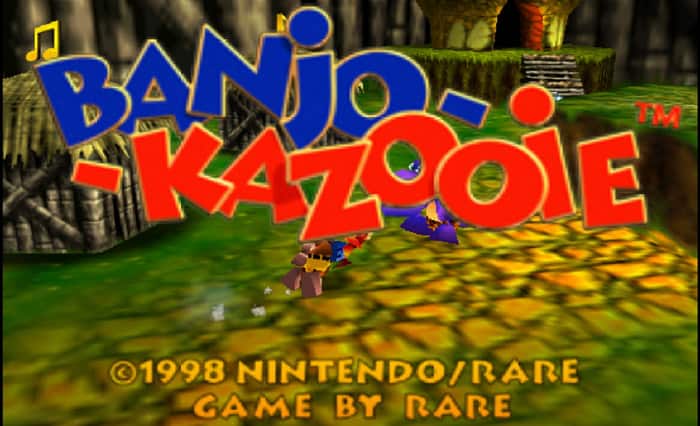 Banjo-Kazooie is a game that came late on Nintendo 64 (2 or 3 years after the console I think). I remember the high expectation from the gaming press months before its release, as we were all waiting for the new “Super Mario”.

Here is a quick overview from the official trailer:

Did you notice some common points with Super Mario? 🙂
From what I remember, the two characters play was interesting, and the game is fun.

I probably got this one after liking the snowboard part in Nagano Olympics.
It’s a third-person game, where you can ride, jump and progress in several modes (training, race, time attack and multiplayer).

I also played SSX a few years later on Xbox, which is much better, but for the Nintendo 64, 1080 Snowboarding is pretty good.
It works on Retropie (a bit laggy too, but I didn’t try to configure it so much).
Available here on RomHustler. 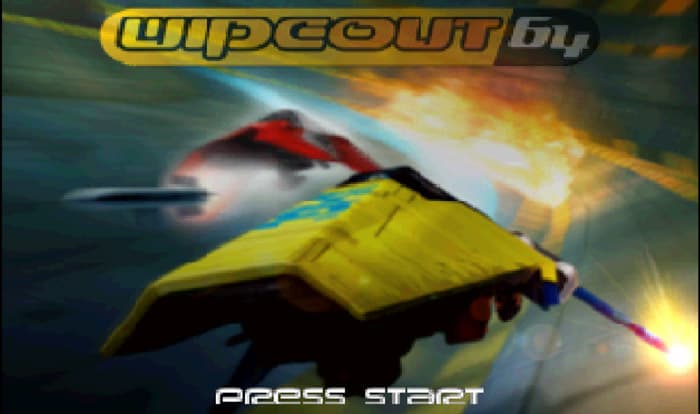 Wipeout 64 is almost the same game as F-Zero X. They were released the same year, and it was a big competition between both back then.
At the end, I can’t even remember which one I played the most.
Trying them now, I think it was F-Zero, more arcade than Wipeout so more fun, but not sure.

Anyway, you need to try this game too, it has pros and cons, but it’s a personal choice at the end (link here).

The last game in this list is Perfect Dark. It was released very late on Nintendo 64 (in 2000 apparently), so the overall result is much better than the other ones in this list (the graphics part especially).
The game mode is very close from GoldenEye 007, as it’s an FPS where you play an agent (but it takes place in an alien war, which is not yet in the James Bond movies ^^).

I didn’t play to this game at the time I think because in 2000 the next gen consoles were almost there (PlayStation 2 and then Xbox), but for Retropie it’s a good one, and you can download it here.
For information, I have the same camera problem as with Golden Eye.

Here is a summary of the stuff I recommend, to enjoy playing N64 games on Retropie even more:

That’s it, you know my favorites games on Nintendo 64, and a bit of my story about gaming on N64 with my brother 🙂
I really like this platform, games are easy to find and working pretty well on Raspberry Pi (even if some of them need a few tweaks to work correctly).
And you, what are your favorite games/consoles?

By the way, I have many tutorials on this website about retro-gaming, so feel free to check these other posts:

Grab your free PDF file with all the important words and abbreviations you need to know on Raspberry Pi!