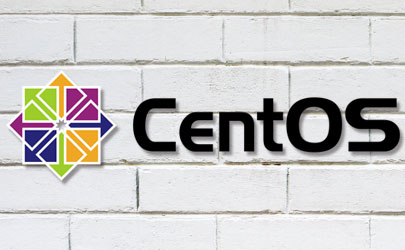 Are you tired of using Raspbian and want to try something else?
Do you use CentOS on your computer and you want it on your Raspberry Pi too?
You’re at the good place, I’ll show you how to install it and what are the differences with Raspbian

How to Start Using CentOS on your Raspberry Pi?
CentOS is a well-known Linux distribution for its stability and its respect for Linux best practices
They have a version available for Raspberry Pi and it’s working pretty well
But if you’re used to Raspbian, you must adapt yourself to some CentOS commands and operation

But don’t panic, as usual, I’ll show you step-by-step how to install CentOS on your Raspberry
And then we’ll see the differences you need to know to get the most out of this new system

In this tutorial, I’ll show you how to start with both versions: graphical and minimal
I recommend reading both as I don’t repeat everything for the second version

If you are here only to try a new thing, I need to start by introducing what is CentOS

The CentOS targets are mainly company users
Thanks to its stability and predictability, CentOS often comes just after Debian in the most used Linux distributions for a company usage

GNOME is close to what you know on Raspbian Desktop.
KDE is different, with the menu at the bottom and a few different softwares

Why do I need CentOS on my Raspberry Pi?

As always, you don’t really “need” to use another Linux distribution

But for an educational purpose or if you are used to CentOS, Red Hat or Fedora on your computers or servers, it might be worth trying

Now that the presentations are done, let’s see how to install it on a Raspberry Pi

CentOS for Raspberry Pi is available directly in the CentOS repository (Make sure to select the ARM architecture)
Click on this link, choose a server close to you and download the image

There are three images versions available for Raspberry Pi:

The SD card creation process is always the same

After a few minutes, your SD card is ready, and you can move forward

The first boot is not complicated:

After a few seconds you arrive to the GNOME interface
You should not be lost if you are used to Raspbian, the interface is similar (maybe cleaner, more professional I think)

Nice, CentOS is installed and working.
But if you are used to Raspbian, you may be lost in the basic usages of your new system
No worry, I’ll help you in this section

Even if you successfully connect to a network, you may have some issues
For example, I’m connected to the WiFi but I’m unable to use Internet
My DNS server doesn’t seem to be configured

In my case, everything is fine, but I have always this connection issue
But after disabling IPV6, setting the correct date and time (check the next paragraph), and disconnect/reconnect the WiFi, it was ok

Edit: Before the end of this tutorial, I had to move my Raspberry Pi close to an ethernet cable. The WiFi connection was absolutely not working, disconnected each 30s and could do nothing. Once plugged with a cable, everything works fine

After checking my network configuration, I noticed that my clock was not at the good time
And that’s probably why nothing worked (HTTPS needs an adjusted time on your computer)

To fix this go back to the System Settings and choose Details > Date & Time
Even if the Date & Time seems auto adjusted with Internet, it’s not working or it’s taking too much time for me

Like on Raspbian, there is a tool to install new packages
You can find it in the Application Menu > System Tools > Software

Enter the name of a package you want to install
Select it and click “Apply changes” to install it
It may ask you if your trust the packages, and finally your password to confirm the installation

To update your system, there is a similar tool in System Tools > Software Update

When the window opens, you’ll see all the packages available for update
Click on “Install updates” to install them all

I recommend rebooting your system after the update, to apply all changes

By default, nano or even vim are not installed on CentOS
If you need a text editor in your terminal, you have to install it with the Software manager

Otherwise, you have a text editor available in Applications > Accessories > Text Editor
But you’ll be stuck if you try to open a file where you don’t have the permission

As in many other systems, SSH is not enabled by default on CentOS 7
For this one I didn’t find how to do it in the interface so you have to use a command

If you need some specific Python libraries for Raspberry Pi, it will be a little more complex than on Raspbian
By default they are not installed neither available in the repository

I finally found how to install them, here is what you can do:

If your are a warrior and dare to try CentOS with the Minimal version, here is what you need to know to start

The SD card preparation is the same as with GNOME, but with another image

On the first boot, you’ll come directly to a login prompt
The default credentials are:

Then the first thing to do is to check that you have an IP address on the network
To do this, you can use ifconfig to display your network cards settings:

If you need to set your network settings manually, you can use the same tool as for the Wifi connection (check the next paragraph)

I don’t recommend trying the WiFi connection on CentOS minimal as I had an issue with it on GNOME I suppose it will be the same.

But if you really need it, here is how to configure it:

On the Minimal version, SSH is enabled by default
So as soon as you have the network working, I recommend switching to an SSH connection for the following

This time you don’t have a tool to manage your packages, so you have to do it with yum directly
But it’s easy

For example, to install nano:

If you need to find a package name, the “search” command is also available
The same way as apt search on raspbian:

It will give you a list of matching packages on both title and description
Bonus tip: Most of the time, the <package>-dev package on Raspbian are named <package>-devel on Red Hat systems like CentOS (python-devel for example)

Same thing for the system update
The software update tool is not here, but yum is doing the same thing:

That’s it, you now know how to install and use CentOS on Raspberry Pi
There are some differences with Raspbian, but it’s a cool thing to try, mainly if you are used to Fedora/CentOS/Red Hat on other systems

Personally, I find the GNOME version very slow. It doesn’t seem to be well adapted for the Raspberry Pi.
If you need a graphical interface, you probably have to stay on Raspbian
But the minimal version is fine
Did you try the KDE version? How is it working?