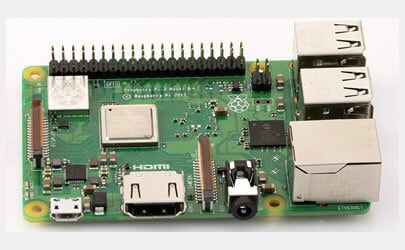 If you intend to buy a Raspberry Pi, there are a multitude of questions you need to ask yourself
I will answer all of them in this article

What should I know before buying a Raspberry Pi?
The Raspberry Pi is not a computer like any other, because of its format, its operating system and its unique expansion capability.
So you have to take the time to learn a little more before buying

No doubt if you are looking for information on the subject, you already know the basics, but I decided to tell you everything

A Raspberry Pi is a computer
It has many differences with usual computers, and we’ll see that in detail in the next points, but it’s still a computer

Raspberry Pi was created in 2012 by a charitable organization whose purpose was to facilitate the learning of computer programming
They quickly achieved this goal. We estimate that more than 15 million Raspberry Pi have been sold since 2012
This product has been used in much home automation, robotics and security applications

In short, you must know that since 2012, the Raspberry Pi Foundation released its models by following three things:

At the time of writing, the latest version available is the Raspberry Pi 4 B
Version 4, model B (available here on Amazon)

If you want to purchase one of these models, take the newest one.
If you are new and have no specific needs regarding architecture or components, the latest model will often be the best choice

Feel free to ask in comments if you are reading this post a long time after the writing, so you can have an updated answer

In 2015, the Raspberry Pi Foundation launched the Zero
A $5 model even more compact but with fewer components and ports
In 2017 the Zero W was released for $10, with the addition of Wi-Fi that makes the product much more interesting

If you start, I advise you to avoid this range, which is less powerful and less scalable
It has its interest in some applications, but the Raspberry Pi 4 B will be a better choice to start

As stated above, the original purpose of the Raspberry Pi is to be inexpensive
By this, it’s meant to be much cheaper than a standard computer

These are the first prices, only with the motherboard, you’ll often need some more stuff to make it work (power supply, SD card, …)
I will give you some good tips for shopping it at the end of this guide

Most of the time, Raspberry Pi runs on Linux
If you’re used to computers running Windows or Mac OS, this may upset you
It will be necessary to learn to use another system with a different logic

Linux is free and available in several distributions
A “distribution” is a version of Linux assembled in a certain way, with a different look and software
It’s as if the different versions of Windows were still maintained and available and you had the choice to install the one you want

Do not worry, most Linux distributions compatible with Raspberry Pi have an intuitive graphical interface so that learning will be fast

There are dozens of operating systems for Raspberry Pi.
You will find the list of the best ones by clicking on the link

The Raspberry Pi is very small, about the size of a credit card for a 4 B, and even smaller for a Zero

Do not expect incredible specifications on a Raspberry Pi; this is not the goal
But given its size and price, it’s still not so bad
(I even succeeded to use a Raspberry Pi as my desktop computer)

Here is the main information about the two most recent models

For comparison, a PS4 consumes about 80W and a small desktop PC around 200W

Another important thing you need to know before buying a Raspberry Pi is that it does not use a hard drive
Indeed, the Raspberry Pi has a Micro SD port and most operating systems are optimized for use on an SD card

That doesn’t change anything in most cases, but if you intend to store many files on it, think about getting a larger SD card
I offer you a good model of SD card in my recommended products

Another thing you should not expect to find on a Raspberry Pi: a screen

Like a desktop computer, it comes without a screen
You can still connect to an external display via the HDMI port, or add one that you connect to the GPIO ports to turn your Raspberry Pi into a touch pad

Last thing, the basic model of Raspberry Pi is supplied without box
That is to say that for the prices indicated above, you will only receive the motherboard, then you have to get a box to put it in (you can check the two best kits on this page)

There are more and more kits on Amazon, at all prices, which allow you to buy a case simultaneously with your Raspberry Pi
These kits also contain more or fewer accessories, to benefit directly from your device.

The Raspberry Pi is rather well supplied regarding network connectivity
On the 4B you will find a 1GBits/s network card, an 802.11ac Wi-Fi card and Bluetooth 5.0
On the Zero W, no RJ45, but the Wi-Fi and the Bluetooth are available

Thanks to all the strengths we mentioned earlier (size, low power, connectivity), the Raspberry Pi can easily be turned into a mobile device

More easily, its small size makes it a perfect travel computer when you cannot bring a computer
It is also often used in the security field, to remain as discreet as possible

For example, Retropie is a distribution that allows you to play retro games that you have downloaded and installed (ROM format)

You will have access to the Internet, YouTube or Netflix on your TV for a purchase of less than $50

The Raspberry Pi is not reputed for its computing power, but know that it is often possible to improve its performance (especially on older models)

These pins allow you to connect additional components on the Raspberry Pi, usually “hats”
For example, a hat to measure temperature and humidity, a card to add SATA ports or a sound card

You will find a beginner’s guide for GPIO pins here

Another way to upgrade your Raspberry Pi is to add accessories using the connectors already provided (USB, wifi, Bluetooth)

Here are some examples to give you an idea:

Since its release in 2012, the Raspberry Pi has become the most popular single board computer
And that makes envious

If you want to learn more about it, you can search for names like Orange Pi, Banana Pi or Arduino (I also have a comparison between Raspberry Pi and Arduino here)

To discover this environment, the Raspberry Pi remains the best choice regarding price, performance and possibilities
Then for the more advanced, other alternatives can become interesting, by their specifications most of the time, but all of this has a price
For example, the Asus Tinker Board kit is over $100 on Amazon (1.8 Ghz and 2 GB RAM)

As I just said, the Raspberry Pi is very popular
This fact is measured regarding sales, but also concerning its community size

You will find many blogs, specialized sites, resellers, magazines, YouTube channels and other social networks on the subject
Raspberry Pi has quality forums on Reddit and the official website

Whatever information you are looking for, it should not be difficult to find help

The Raspberry Pi is the basis of many projects, in many areas:

Most of the time, it will be necessary to add parts to make it evolve, but it is precisely the interest of this device.
There is an infinity of possibilities, only your imagination and your creativity will be the limit

If you want to give it a try, I’ll give you some tips

I always buy on Amazon
No doubt by habit, but also because I know that everything will be fine
My order will arrive on time and if something doesn’t suit me, I can return it without problems

But you should know that the Raspberry Pi Foundation works with partners in every country, who often offer the material at a better price
In the following paragraph I will give you links to Amazon, but if you want to save a few dollars think of looking at the Raspberry Pi store

If you are new and haven’t bought anything yet, go directly to a beginner kit

This kit will allow you to have all the necessary hardware immediately, and get something ready to use

CanaKit is an excellent kit, which contains:

Check the price on Amazon, but it’s way better than buying everything individually

If you prefer to buy only the motherboard, you will also find it on Amazon
Beware the Raspberry Pi is supplied without power cable or SD card

Even if you buy the complete kit, you will always miss some useful accessories

The most important is the keyboard
Indeed, the Raspberry Pi is supplied without a keyboard, even with a kit, and it is not always practical to use the same keyboard as your PC on the Raspberry Pi

We have now gone around the subject, addressing the 21 things to know before buying a Raspberry Pi

I hope this will help you in your choices and that you will discover this incredibly exciting world
If you still have questions, feel free to ask them in a comment

Good luck on your projects with Raspberry Pi!