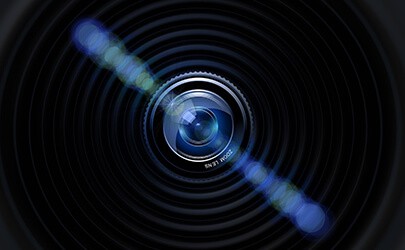 A camera is a must-have for any Raspberry Pi owner, it’ll allow you to try dozens of interesting new projects
If you’re not confident with finding a compatible camera and how to use it on Raspberry Pi, you’re at the best place to learn everything

How to install a camera on Raspberry Pi?
Raspberry Pi offers a dedicated port to add a camera extension
As it’s integrated on the main board, everything is easy to install and configure, especially on Raspbian
You first need to enable the camera port, and then you’ll have a bunch of commands to take pictures or videos

In this guide, I’ll show you how to choose the camera, install it and a few tips you need to know to enjoy directly your new device

If you already have a camera, perfect, you’re ready to go
But for those who are here to learn how a camera works on Raspberry Pi before buying it, I will give you a few tips to know before placing the order

In this part, I’ll show you a few camera models I recommend and how to make your choice
We’ll also quickly look at other useful accessories to enjoy your camera

Unlike USB cameras on computer, the number of available products is quite limited

The Raspberry Pi Foundation offers two camera models, and I’ll show you both
This one was the first available, and has been updated in 2016 (for v2)

It’s now a high quality camera with an 8 megapixel sensor that allows you to get HD pictures (3280 × 2464 pixels) and videos (1080p max)
This model is compatible with any Raspberry Pi model (1, 2 3 and probably 4) and easy to install on Raspbian (we’ll see that later)

It’s available on Amazon.com (check the current price here) and the official website

This one is almost the same, so I’ll be quick
The NoIR version has the same capabilities (8MP, 1080p, …)

The only difference is the ability to take infrared photographs
The price is also a bit higher but if you have a few extra dollars available, take this one
It’s often used for security cameras or to take photos in a low light environment
Even if you’re not sure to use it next, it doesn’t matter, it’s worth it

There is not really a better model than these
If you just want to have one for educational purposes, you can absolutely find a cheaper camera
For example, this one was my first camera, it’s perfect to learn how to use a camera on Raspberry Pi, but the quality is lower
It’s half the price, but if you have to buy another one a few months after, this is not worth it

Other things to consider

A camera is an external device and will often stay outside the case
So depending on what your projects are, you may need other accessories

I will just give you a few extra links to look at, so you can do your research easily :

Now that you have everything you need, we can start the serious part of this tutorial 🙂

Raspbian is the recommended operating system to install and use a camera on Raspberry Pi
Everything is included and especially if you choose the official model, you’ll have absolutely no issue with it
I don’t know exactly which systems are compatible, you may want to try them later, but start with Raspbian for now

I already wrote a guide on how to install Raspbian on Raspberry Pi, feel free to check it if you are not confident with the installation
You can use Desktop or Lite version, both are working fine with any compatible camera, so choose the one you prefer for your project
The only advantage of the Desktop version is that you can check the picture directly on Raspbian if you have a screen in your setup
For remote access only, keep the Lite version

After the installation, make sure to have made these steps:

Once everything is OK, you can stop the Raspberry Pi to install the camera
sudo shutdown -h now

Plug all cables back (power, HDMI, network, USB …) and start the Raspberry Pi

Enable the camera in Raspbian

Before using the camera on your Raspberry Pi, you need to enable it in Raspbian
By default, the camera port is disabled

That’s all you need to do
After the reboot, the camera is ready to use

Commands you can use on Raspbian to manage the camera

To use it, the basic command line is :
raspistill -o image.jpg

With -o you define the target file name (where the pictures will be saved)
It’s possible to use a file name including the path, for example:
raspistill -o ~/Pictures/mypicture.jpg

By using raspistill without parameter you’ll get the command help, with all possible options
Or you can check this page on the Raspberry Pi website for other basic options

To record a video, the command is almost the same
“raspivid” is the corresponding command name

So like for pictures, to record a video use:
raspivid -o video.h264
Use the CTRL+C shortcut to stop the recording
.h264 files are compatibles with VLC
On Raspbian Desktop: sudo apt install vlc

Same thing to see all parameters available, use raspivid without anything else to get all options with a short description
Useful options are :

Get files on your computer (Raspbian Lite)

The easiest way is to use software like FileZilla or WinSCP :

Control the camera with Python

The last interesting thing I want to show you with a camera, is to use an advanced programming language (Python), to go further with your camera and includes it in bigger projects

If you are new to Python and want to do more things on Raspberry, I think you may need to learn it
Python is a central language on Raspberry Pi (if I well remember, the Pi from Raspberry Pi comes from Python)
And the good news is that everything is available on a default Raspbian to use Python directly (editors, compilers, basic libraries, …)

In this part, I will not teach you everything about Python, that’s not the goal, but just how to use your camera with it
If you want to learn more, I have a detailed guide on how to start with Python here

OK, let’s start with the first script to take pictures with Python
In the following steps, I continue with Raspbian Lite
If you are on Raspbian Desktop, there are many editors you can use like Thonny (pre-installed) or other available with apt

It’s only a basic script where you get the basics on how to take a picture in Python
If you already know Python, you can do everything from here
(All available functions are in the documentation here)

Now, I’ll show you another example, with more advanced features
The goal here is to give you an extra delay after starting the script, to do your best smile before the photo 🙂

We’ll do this in two steps, a basic one and a slightly improved one

We’ll improve that now, and add a sound when the script takes the picture

That’s it for my second script
You now need to code the script corresponding to your needs, by helping you with the documentation

I hope you enjoyed this introduction on how to install and configure a camera on Raspberry Pi
If you make bigger projects with your camera, it would be nice to share them here with us, I’ll love it!

And of course, if you have additional questions, comments are here for that 🙂